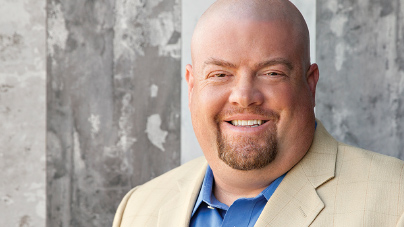 Martindale-Hubbell – Rating: AV — The AV rating, which identifies a lawyer with very high to preeminent legal ability, is a reflection of expertise, experience, integrity and overall professional excellence. Martindale-Hubbell ratings, established by attorneys for attorneys, clearly indicate an attorney demonstrates the highest professional and ethical standards.

My wife, Tracie and I have been happily married since 1996 and have two children, Grace and Jackson.  Gunner, Max and Titan our pack of German Shepards guard the house.  In my spare time I stay involved in Grace and Jackson’s activities.  I am an avid Texas A & M Aggie sports fan.  My hobbies are cooking, golf, fishing and hunting.

I am a ninth generation Texan whose direct ancestor was one of the first settlers who came to Texas in 1835 and settled around Bedias, Texas.  He served in the Army of the Texas Republic and manned one of the Twin Sisters at the Battle of San Jacinto.  He was later elected to the first legislature of the State of Texas.  I was born and raised in Lubbock, Texas by my parents Mike and Mackie Bobo and have one sister, Michelle, who lives in Bedias, Texas.

My philosophy on life and the practice of law can be summed up from quotes my mother and father lived by and instilled in me:

(1)    “Don’t tell me about the storms at sea just bring the ship to shore” – Life and lawsuits can be rough at times with setbacks and triumphs, victories and tribulations, peaks and valleys and ebbs and flows.  No matter the challenges and especially the affirmations, don’t complain about it, nor brag about it just find a way to find yourself home with your head and heart intact.

(2)    “Only way to stop a bully is to punch them in the mouth” – Ask nicely, ask nicely again then hold nothing back.  Once a person or company decides they are going to try and impose their will or fear on you, the only real recourse you have is to fight back and fight back with everything you have.  Leave nothing on the table.

(3)    “Don’t have a great day. Make yourself a great day” – Results will not just happen because you hope they will.  You must go out and create those results.  You have a direct and distinct impact on the outcome of your day.

(4)    “That which does not kill you will make you stronger” – The hard work and effort to accomplish your goals, unless it literally kills you, will make you a better person and advocate for your clients in the end.